For a second consecutive year, the Bulgarian Foundation receives a record donation from the Adecco Group within its global initiative – Win4Youth.

The SOS Children’s Villages is the second Bulgarian foundation supported by Win4Youth. The idea behind this initiative is to bring together Adecco’s employees and clients from all over the world who are involved in different sporting challenges in support of social causes and causes for young people. They all swam, ran and cycled, tracking kilometres in the three disciplines of a triathlon. The overall target for 2016 was 3 500 000 km, with a total combined effort of 4 123 000 km, on the basis of which 450 000 dollars were donated. This amount was split between 9 foundations from around the world that the Adecco Group chose to support.

“We at Adecco fully understand our global role in helping local communities. We help people to get job, this is what we do on daily basis. Our mission is: better work, better life. Through engagement in sport activities of our colleagues all over the world, we are able to collect money to support children, to help them to better start their adult life.   That’s why we are happy to help SOS Children Villages in their mission, because we are aligned in our missions”, Wojciech Pacholarz, Country Manager of Adecco Bulgaria said, while handing over the $50,000 check to Plamen Stoyanov, National Executive Director of SOS Children’s Villages Bulgaria.

“We are extremely grateful that Adecco Group chose to support the cause of SOS Children’s Villages because it is a great recognition for us. At the same time we are glad that we had the chance to participate in such a noble and interesting initiative as Win4Youth, which not only assists Bulgarian children at risk, but also encourages their own employees to sport”, Mr. Stoyanov said.

This site uses Akismet to reduce spam. Learn how your comment data is processed. 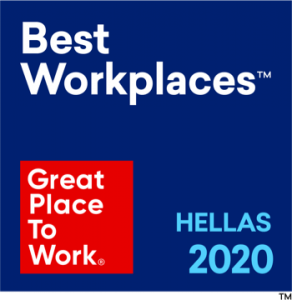